In methodological terms, all the prints are inspired by the boundary lines drawn between two nations. Boundaries such as these, as shown on digital maps, are reinterpreted and transformed in expressive ways and measured up – even juxtaposed – to the representation of patterns, fragments and marks deriving both from satellite images and photographs and images, often of nature, collected during surveys of the various locations.

The project focuses on boundaries-frontiers seen through a range of filters both physical and cultural responding to line-joining-up-points rigour generating an emotional cartography which starts from physical representation, cites the reproduction scale and then uncouples from the recognisable atlas to generate an emotional one.
In this sense the potential offered by printmaking, proceeding in levels, becomes significant also in restoring the stratification of the various languages and offering up a transparency process. 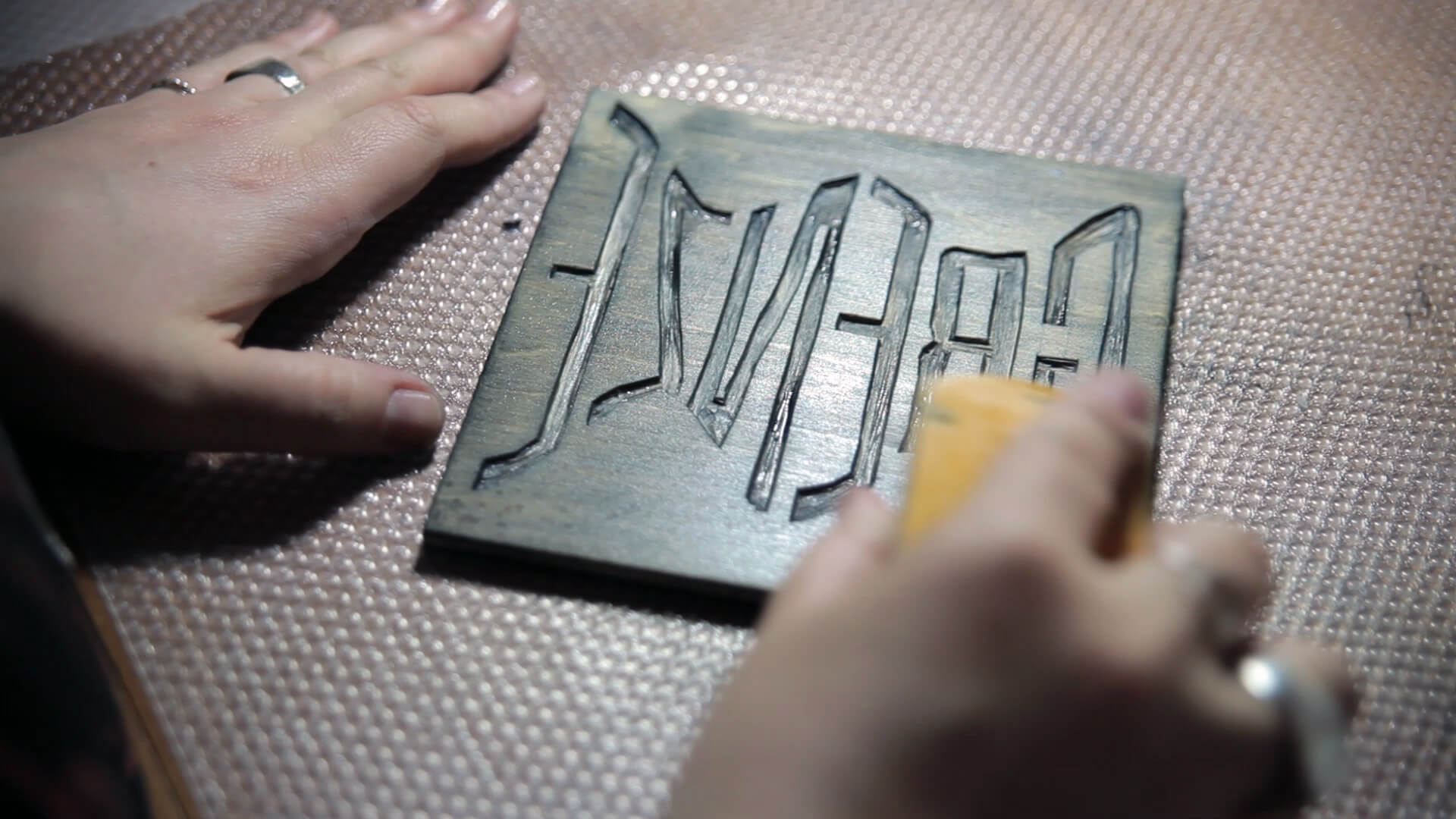 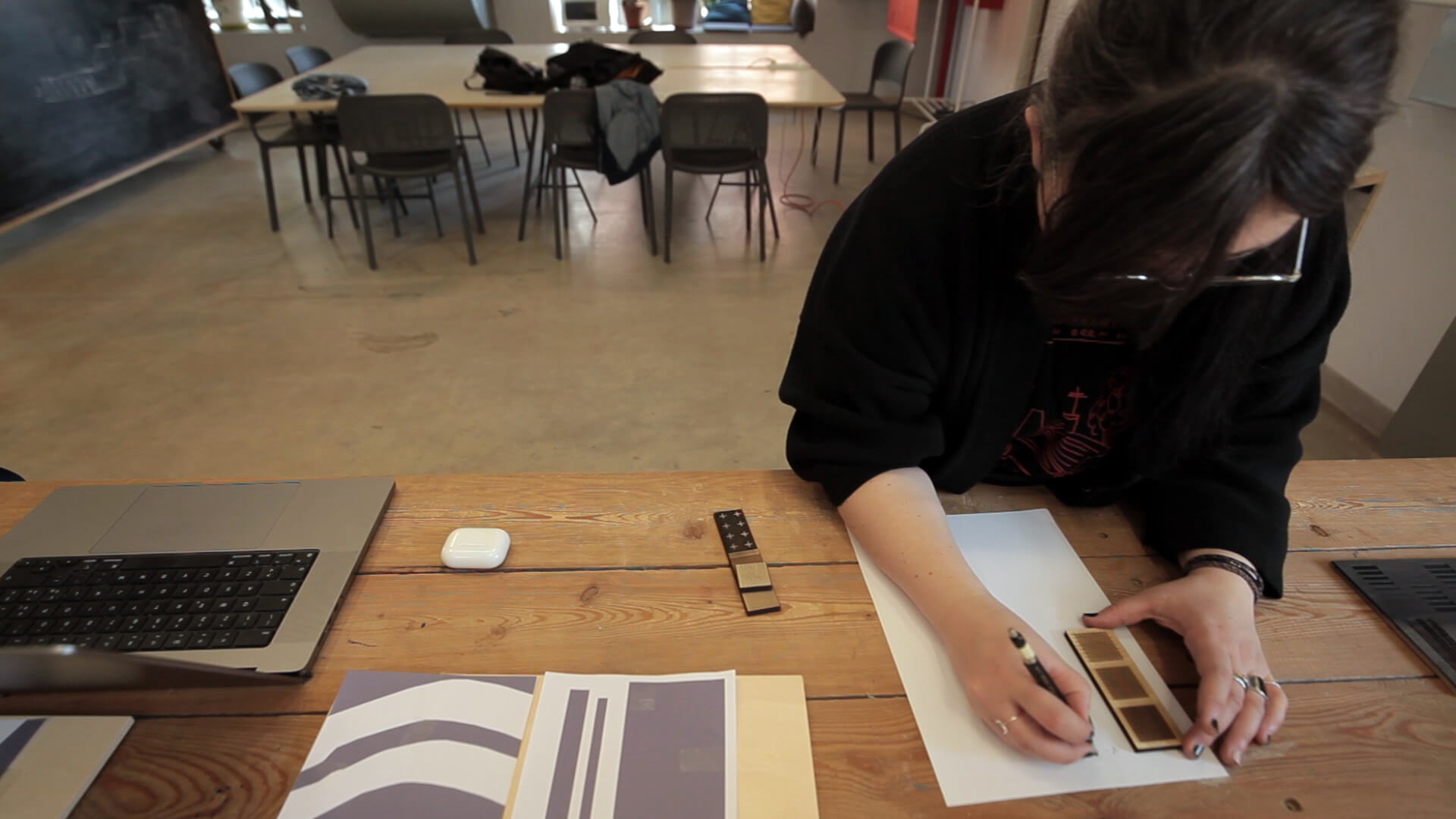 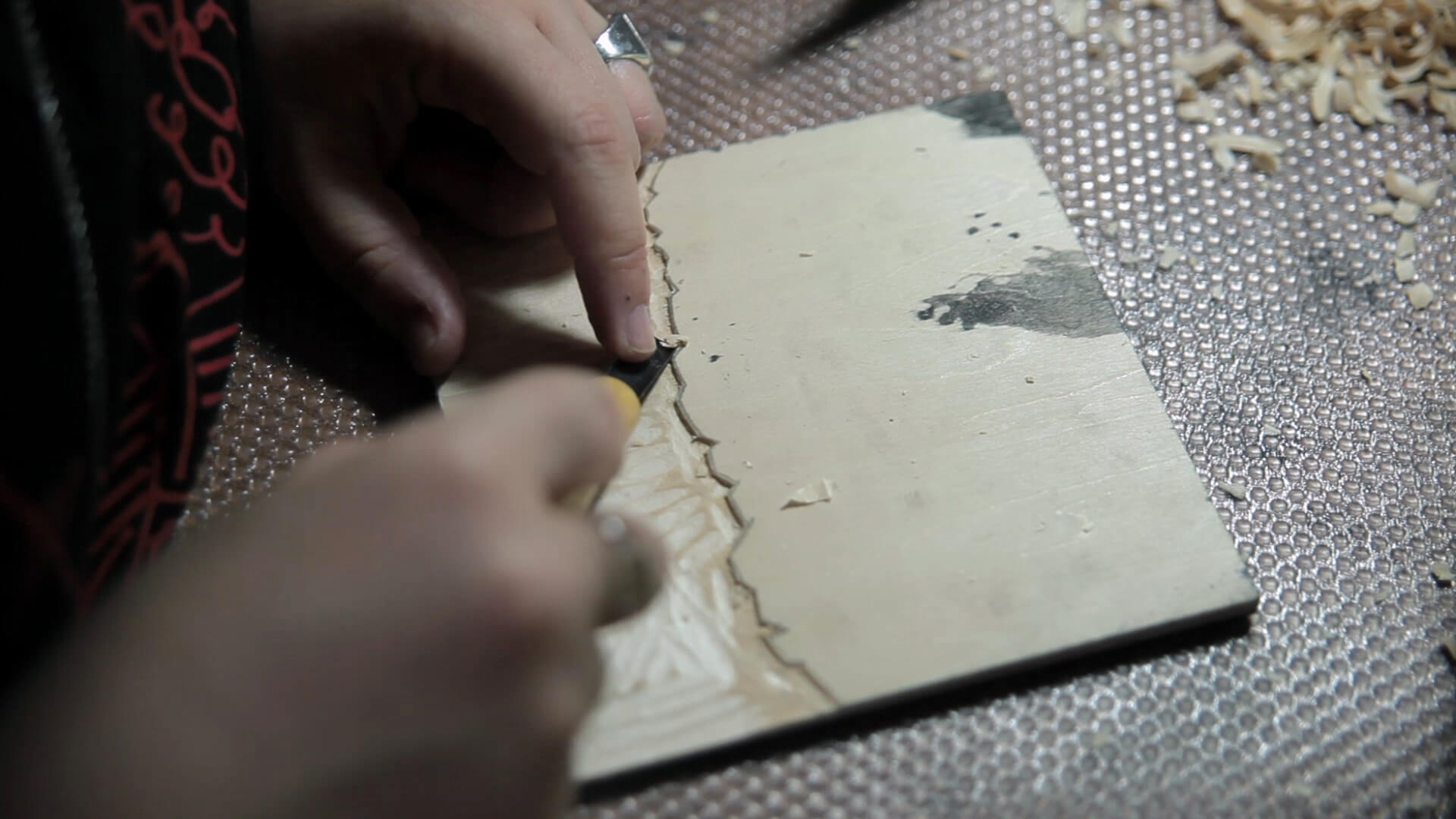 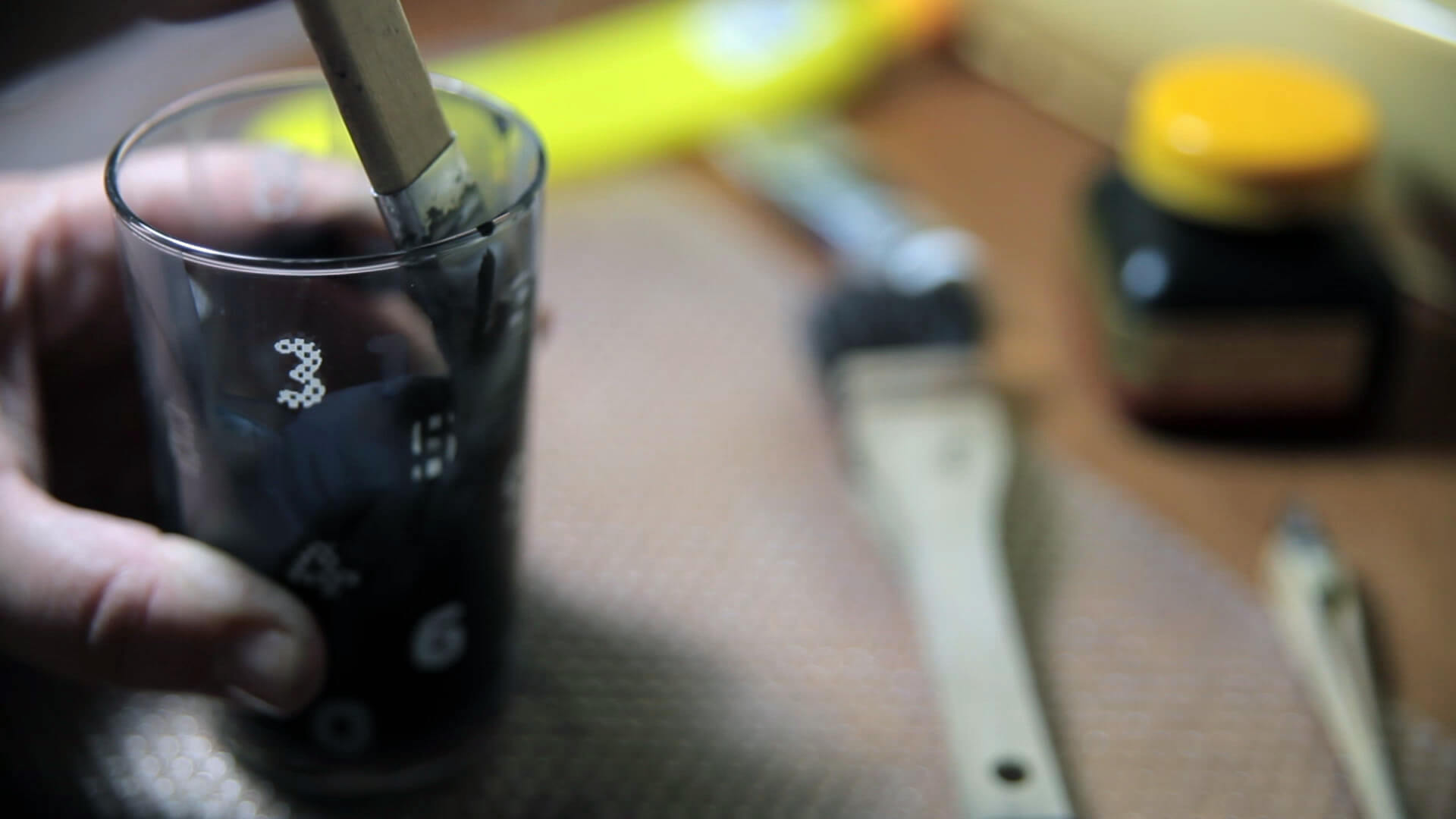 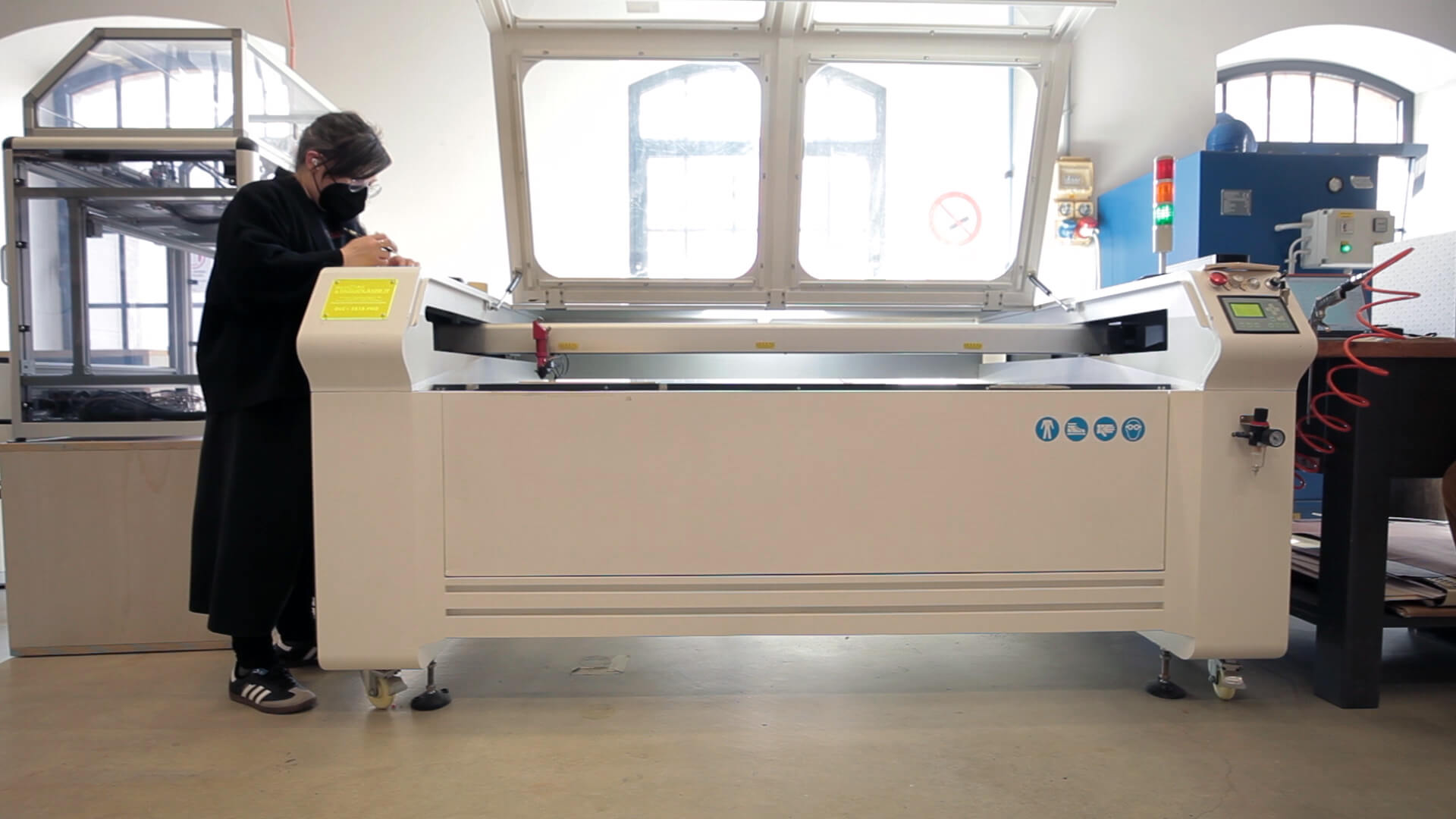 The technique chosen is Japanese mokuhanga printmaking which uses natural materials – wood and water – both in generating the matrix and in the inking process. Manual engraving devoted to the more expressive actions is juxtaposed to laser engraving for the more repetitive structures and grids, mixing up manual methods with digital manufacturing. 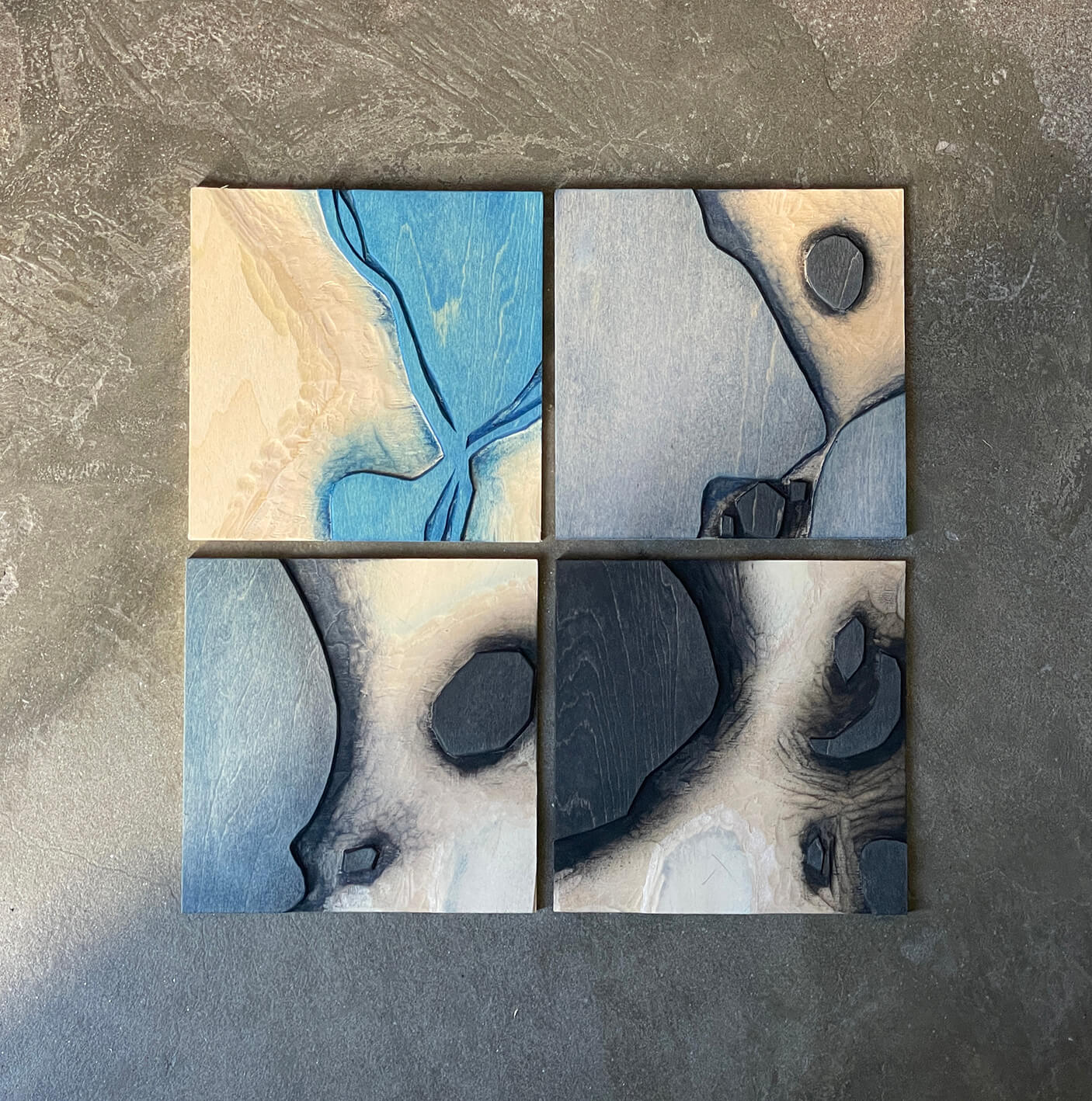 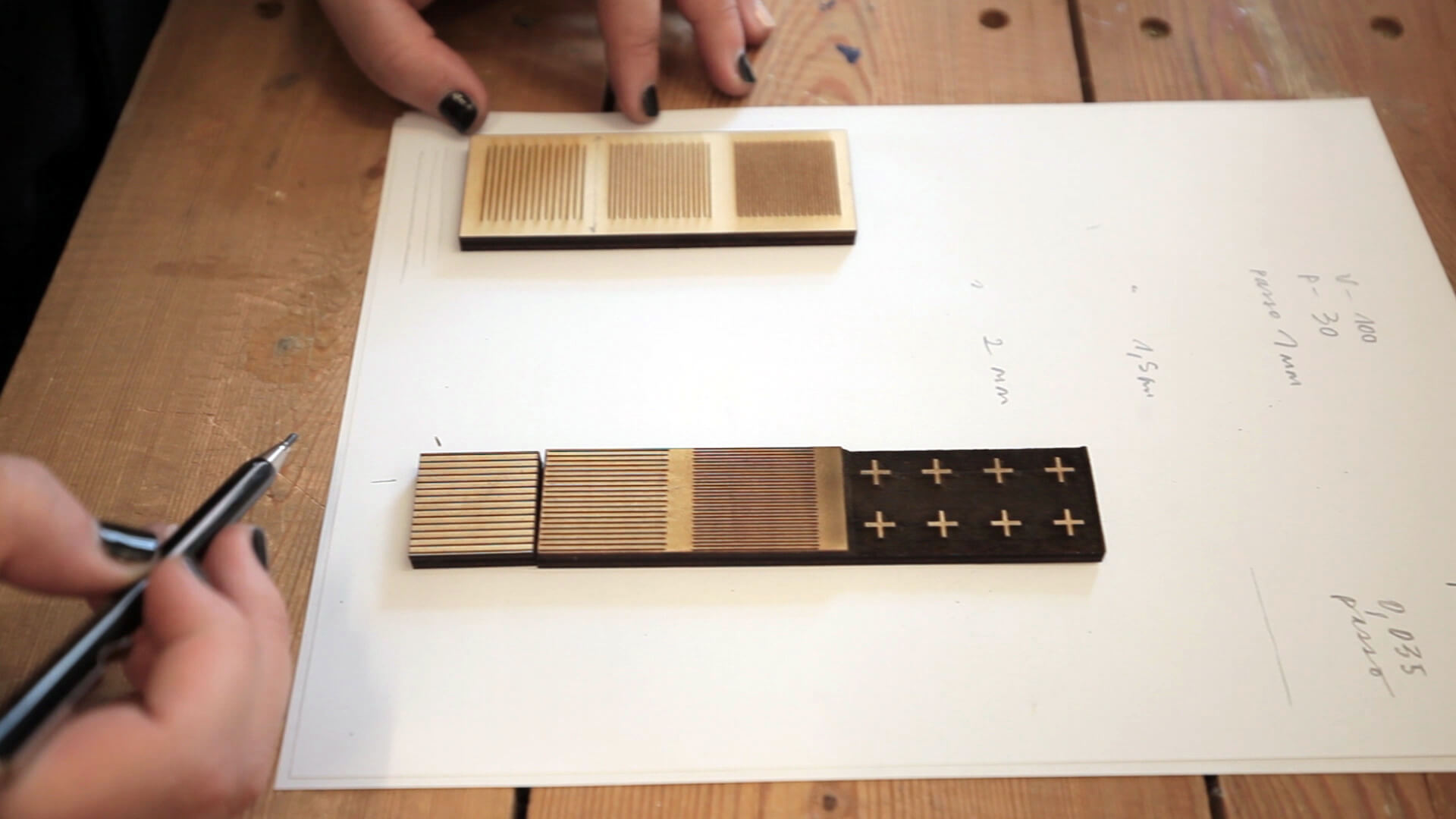 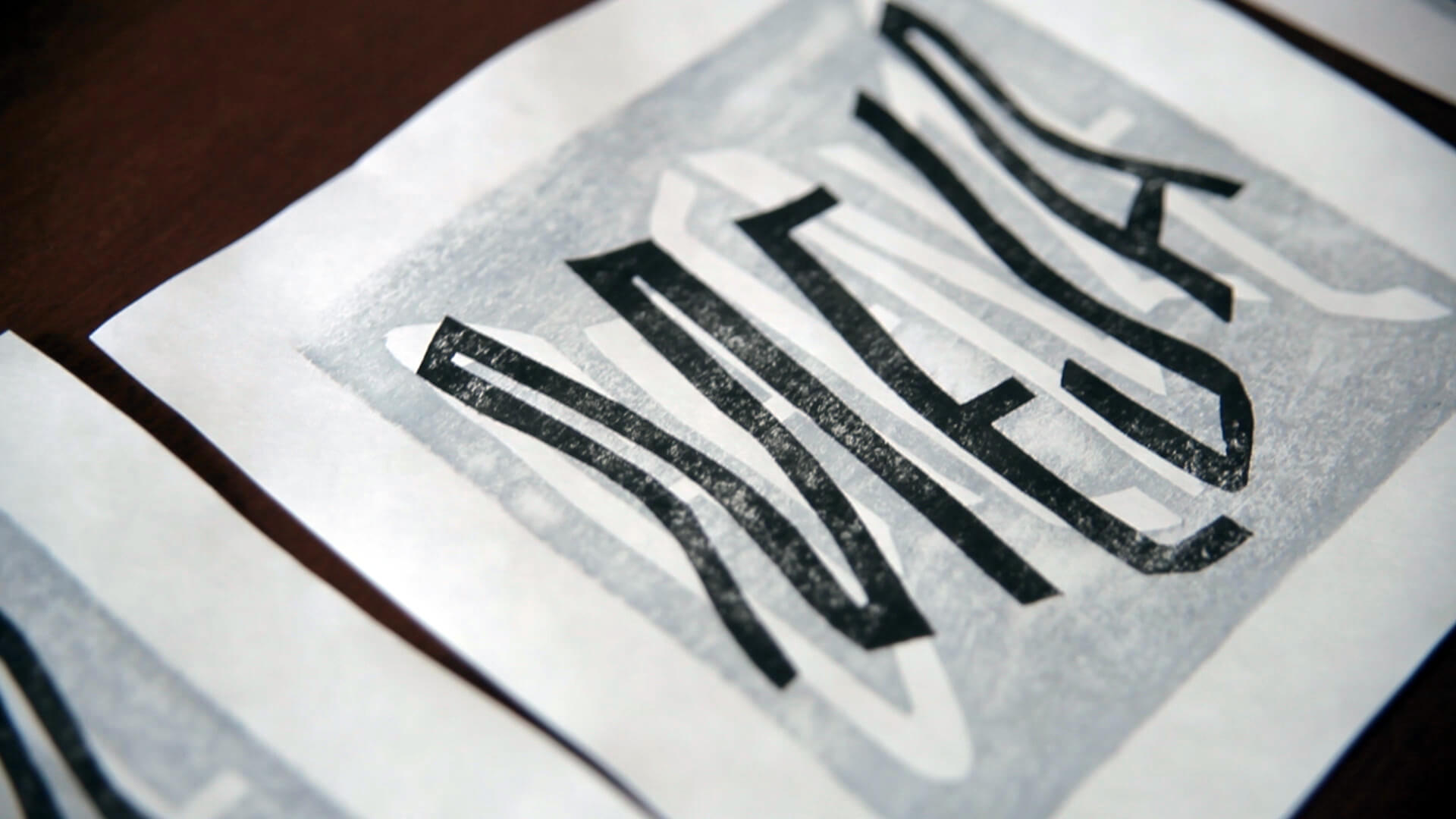 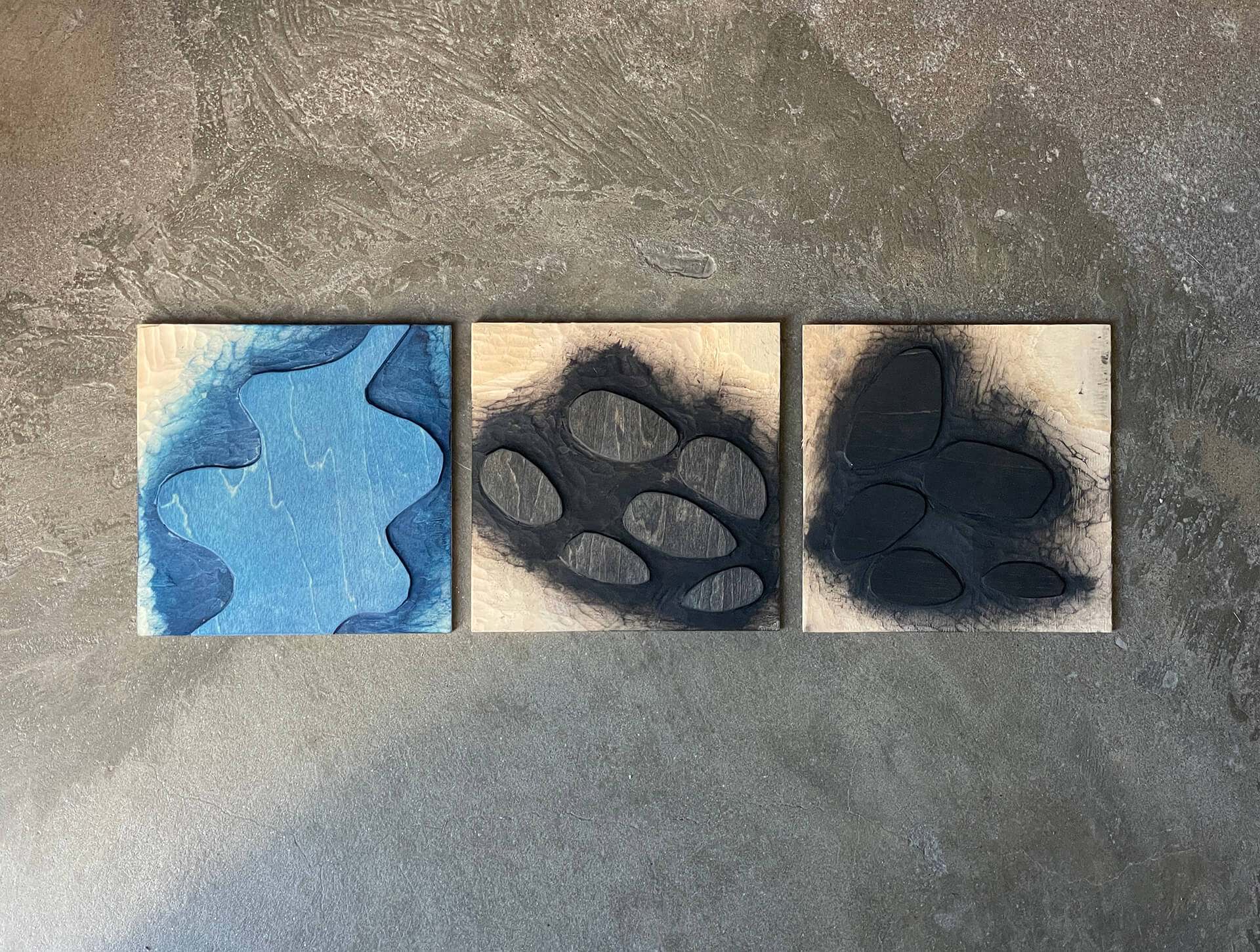 The project as a whole is structured around square proportion matrices and identical sizes. This makes it possible to combine all the graphics developed in a modular way, making the decision to structure the visual information in strata structural and not only expressive.